The build-up to Christmas for England’s women is slightly different – and warmer – to usual.

They played the last game of their eight-match series against the West Indies on 22 December, and arrived back in the UK on Christmas Eve.

So armed with £10, what would the team buy one another for Secret Santa? Who would be the easiest to buy for – and the worst?

Which member of the team would be happy with 10 pounds’ worth of salmon?

Freya Davies, Alice Davidson-Richards, Nat Sciver and Katherine Brunt tell us all we need to know from inside the England camp in the Caribbean.

What would they buy each other?

“I’m going to say Freya would get me some kind of novelty mug, you know the sort,” she says. “But with teabags. Obviously.”

“Well, it would definitely be something tea-related because she is absolutely addicted,” Davies agrees. “But she’s posh, so it would have to be one of those things for making loose-leaf tea. I got her a whale-shaped one before.”

Davidson-Richards can only laugh in agreement, but what would she buy for Davies in return?

“Definitely something food-related. Probably a load of cheese, and one of those giant chocolate bars like the size of her head but personalised so it’s got my name on it,” she reveals.

Nat Sciver continues the food trend, guessing that her wife Katherine Brunt would buy her 10 x £1 bars of chocolate.

“I knew she’d want something to do with food,” Brunt says. “But I’d hope Nat would get me a tenner’s worth of golf balls, because every time we play I end up losing all of ours, which doesn’t go down too well.”

Who would be the easiest and hardest to buy for?

“The easiest to buy for would definitely be Issy Wong,” says Davidson-Richards. “Just go to the kids section of a supermarket and get her a toy. Honestly, she’d just be happy with a tennis ball.”

But who would be the most difficult to please?

“I had Heather Knight once for Secret Santa and it didn’t go down too well,” Davies says. “It was one of my really early tours and we were both playing for Western Storm at the time so I got her something with a Stormtrooper on.

“She just didn’t get it, so that was a bit awkward. That’s one I’d want to avoid again!”

“I think Katherine [Brunt] would be hard one to buy for,” says Davidson-Richards. “Because anything she wants, she’ll have bought it herself. So whatever you do get, she’ll probably moan about it.”

How does Brunt herself react to this suggestion?

“Rude! I’m actually very easy to please. Amy Jones would be the easiest. Tenner’s worth of sweets, maybe rhubarb and custards.

“I think someone like Freya Kemp would be hardest, one of the new recruits. She also seems to have everything.”

“Oh, yeah. I’d probably just get her loads of salmon. That’s literally all she ever eats.”

Who would be the most likely to recycle a gift?

Without any hesitation, Davies and Davidson-Richards drop Brunt’s name once again when asked who would be most likely to return a gift.

But in terms of giving the gift out again to someone else, they suggest Sciver.

“Nat would do that, but she’d do it really well so you’d never guess that’s what she’d done,” says Davidson-Richards.

“I’m just environmentally conscious, that’s all,” Sciver responds. “But no, if anything, I’d be more likely to be polite and say I love it when I really don’t!”

“Tammy [Beaumont] and Heather [Knight] are the other eco-conscious ones, so maybe one of those two,” Brunt says. “Although Heather would just say outright that she hates it so it’s going to the charity shop – and so would I!”

“I’m not sure I’d want Maia Bouchier to get me,” Davidson-Richards laughs. “On the plane here, we established that we are on very different wavelengths when she was reading Charles Dickens.

“I’d want something fun, so I’m trying to think of someone who wouldn’t go with that.”

And Davies offers a rare compliment to Brunt.

“That’s true. I’d appreciate that more than some Dickens.”

“I like surprises,” says Sciver. “So I wouldn’t want someone who knows me too well. Deano [Charlie Dean] would be likely to get a prank present, she’s a bit of a joker.”

“Glenny [Sarah Glenn] would be the most different to me, obviously,” says Brunt. “She couldn’t bring her nail bar on this tour, she didn’t have enough room because she packed about fourteen bikinis.”

And after revealing those truths about their teammates, there were a few other revelations dropped in.

Davidson-Richards outed herself as the most likely to leave it until the last minute, while Sciver and Brunt also voted for themselves.

Issy Wong was chosen by all four as the most likely to want something cricket related, although Davidson-Richards admitted she could also fall in to that category, as could Tammy Beaumont.

But regardless of Secret Santa gifts, the team go in to their Christmas break boosted by an unbeaten tour of the West Indies and in fine form ahead of their next challenge, the T20 World Cup in South Africa in February.

Let’s just hope there is plenty of tea, salmon and enough room for Sarah Glenn to pack her nail bar! 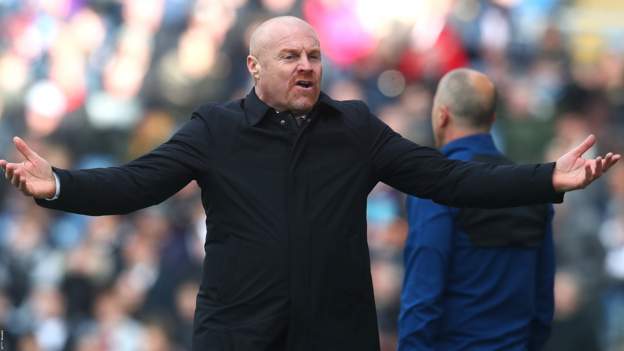