LOS ANGELES — The Major League Baseball draft is not about name recognition or instant gratification. No prospect has played in a bowl game or busted a bracket in March. Even for the top choices, the dimmer lights of the minor leagues await.

On Sunday, though, the draft began with a rare flurry of the familiar. The sons of two decorated outfielders from the 2000s, Matt Holliday and Andruw Jones, were taken with the first two picks — and a pitcher rejected by the Mets last year followed them.

The Baltimore Orioles used the first pick on Jackson Holliday, a shortstop from Stillwater High School in Oklahoma, who joins the Hall of Famer Ken Griffey Jr. (1987) as the only other son of a major leaguer to be taken first overall. The Arizona Diamondbacks then chose Druw Jones, an outfielder from Wesleyan High School in Georgia, before the Texas Rangers grabbed the right-hander Kumar Rocker.

Rocker has been a phenomenon for years; as a freshman at Vanderbilt University in 2019, he threw a no-hitter in the N.C.A.A. tournament on his way to a College World Series title. In three seasons, he went 28-10 with a 2.89 E.R.A., averaging 12.2 strikeouts per nine innings. The Mets took him 10th overall last summer.

Their interest dimmed because of concerns about Rocker’s right arm, and while he has since had minor shoulder surgery, he was pitching well for an independent league team this season. He stands to benefit financially from the ordeal; the slotted value for the third pick in this draft is $7.59 million, about $3 million more than the value of his draft slot last year.

The Mets received the 11th overall pick on Sunday as compensation for failing to sign Rocker, and they used it on Kevin Parada, a sophomore catcher from Georgia Tech. Parada, a right-handed batter, hit .361 with 26 homers in 2022, earning the Buster Posey Award as the nation’s top college catcher.

“I want to win, I’m a leader, I can hit,” Parada said, when asked to describe himself as a player. He said he aspired to be like Posey and the Phillies’ J.T. Realmuto, the catchers he most admired.

“I grew up being a catcher,” he said. “I’ve played multiple positions throughout my career, but catching’s been my home.”

Parada said he had also played the outfield and corner infield positions. That versatility could help with the Mets, whose top prospect, according to MLB.com, is also a 20-year-old catcher: Francisco Álvarez, who is now with Class AAA Syracuse.

The Mets used their regular first-round choice, No. 14 overall, on Jett Williams, a 5-foot-8, right-handed-hitting shortstop from Rockwall-Heath High School outside Dallas. Williams said he modeled himself after similarly undersized stars like Jose Altuve, Mookie Betts and Alex Bregman, and was thrilled to be chosen by the Mets.

“I actually lived in New York when I was 2 to 4,” said Williams, who lived on Long Island in Port Jefferson while his father studied at Stony Brook University’s School of Medicine. “Happy to come back home and can’t wait to go to work.”

The Yankees picked 25th overall and chose Spencer Jones, a 6-foot-7, left-handed-hitting junior outfielder from Vanderbilt. Jones hit .370 with 12 home runs, a 1.103 on-base plus slugging percentage and 14 stolen bases in 2022.

The middle of the first round included two other players whose fathers played in the majors: Justin Crawford, a speedy, left-handed-hitting outfielder from Bishop Gorman High School in Las Vegas, went to the Philadelphia Phillies at No. 17, and the Cincinnati Reds used the next pick on Cam Collier, a third baseman and left-handed batter from Chipola College, a junior college in Florida. Crawford’s father, Carl, was a four-time All-Star, and Collier’s father, Lou, played eight seasons in the majors.

“You have more of an understanding of what to expect at the next level,” Justin Crawford said. “That’s the biggest thing I’ve been able to take away, to know it’s not going to be easy. But I think I have a little bit of a step up because I was able to be there with my dad.”

Jackson Holliday, 18, was a regular around the Colorado Rockies when his father played there, earning a measure of renown around the clubhouse for imitating batting stances. Matt would call out a name — Jim Edmonds, Nomar Garciaparra, David Ortiz, Albert Pujols — and Jackson would entertain visitors with spot-on impressions. He was 3 years old at the time.

A teammate of Holliday’s, pitcher Josh Fogg, predicted then that Jackson Holliday would someday be a first-round draft choice. The day arrived on Sunday, when he was picked before anyone else. 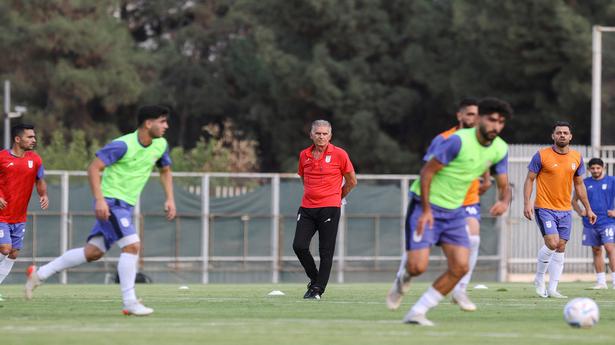