The All Indian Cine Workers Association (AICWA) has demanded that the Maharashtra government set up a Special Investigation Team (SIT) to probe the death of actor Tunisha Sharma. She died by suicide on Saturday on the sets of her ongoing show Alibaba – Dastaan-e-Kabul. Her boyfriend and co-star Sheezan Khan has been arrested on charges of abetment to suicide. (Also Read | Sneha Wagh says co-star Tunisha Sharma was ‘chirpy, happy-go-lucky girl’: ‘As actors we’re more in the spot’)

Earlier, AICWA had tweeted, “Actor Tunisha Sharma committed suicide on the set of serial Alibaba Chalis Chor, as reported by people there. This incident took place in a studio in Naigaon. We will demand SIT probe into it. The cases of suicide by actors are increasing day by day in the film industry. It is a very serious matter. God bless her soul and give courage to her family.”

As quoted by news agency ANI, AICWA president Suresh Shyamlal Gupta said on Sunday, “We demand the government form an SIT in Tunisha Sharma’s suicide case and the investigation be done properly. Today, I went to the set where Tunisha Sharma committed suicide. I found people were scared.”

“Something wrong must have happened. Women are not safe on the set (of the television show that Tunisha was shooting for). The set is at a very interior location where people are afraid to commute. The government should pay attention to this matter and have the death probed by an SIT. Many things will come out after the probe,” added the AICWA president.

According to ANI, Tunisha and Shezaan were in a relationship and had broken up over a fortnight ago. She was reportedly under stress, and it is suspected that’s what drove her to the edge, said the Mumbai police. A case of abetment to suicide was registered against Sheezan under Section 306 of the Indian Penal Code. Sheezan was taken by the officials from Waliv police station to the Vasai court on Sunday.

Tunisha’s mortal remains were brought to the JJ Hospital, Naigaon around 1.30 am on Sunday where her post-mortem was conducted. Her last rites will be performed on December 27 in Mumbai’s Mira road area, her maternal uncle Pawan Sharma told ANI. She has appeared in Bollywood films including Fitoor, Baar Baar Dekho, Kahaani 2: Durga Rani Singh, and Dabangg 3. 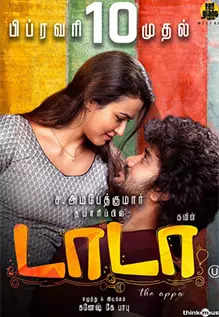