IPO pricing of new-age tech cos: Chair says SEBI has no role

SEBI has “no business” suggesting IPO pricing for new-age tech companies, and it is the investment bankers who should allay any concerns around the issue, chairperson Madhabi Puri Buch said on Tuesday.

Ms Buch, an investment banker-turned-regulator, said that companies need to be more forthcoming on disclosures on how valuations have changed between a pre-initial public offering (IPO) placement of shares and the price which is being asked for in the issue.

“A lot has been said about the pricing of IPOs of the new tech companies. Our view is simple. At what price you choose to do your IPO is your business. We have no business to suggest the price…You are free to price the issue at whatever price you consider appropriate,” Ms Buch said at an event organised by industry lobby Ficci here.

It can be noted that there have been concerns about investors, especially the unsuspecting retail ones, being taken for a ride due to high valuations sought by new-age tech companies.

The share price of payment platform Paytm collapsed to a third of the IPO issue price within a few weeks of listing, and a few other companies also faced similar outcomes.

Amid the speculation over SEBI’s response on such issuances, a member of the audience asked MS Buch about remedial measures which can be adopted to protect investor interest.

Ms Buch parried the question saying there are many i-bankers who sell such issues in the audience and also the stage from which she was speaking, and it is for the i-bankers to reply on such concerns.

Seeking to drive the point about disclosures, the first woman chief of SEBI explained through an example of a company selling shares to investors at Rs 100 and then asking for Rs 450 in an IPO within a few months.

She said a company is free to ask for a higher price, but needs to disclose what happened in the intervening period which justifies the massive change in the valuation.

Meanwhile, she also said SEBI is analysing data and information on retail participation in the futures and options segment, which may lead to more disclosures to be made available to them.

“If somebody wants to trade in the F&O segment, we don’t think we should stop them… (but) we are evaluating in what form and manner (the information) needs to be disclosed to the public who is desirous to participate in the F&O market,” she said.

She said SEBI will continue to be consultative and democratic in its approach while making regulations and be driven only by data.

As part of a reorganisation exercise, SEBI has appointed one to three officials in every department whose key resource area is to come out with ideas on regulation which will make the industry “celebrate”, she said.

The regulator has also sought changes in the SEBI Act which will help it test potential ideas in a regulatory sandbox, she said.

Going forward, SEBI will continue to reinforce the importance of transparency in each of its regulations, Buch assured the industry, underlining that “ours is a disclosure-based regime”.

SEBI exists for facilitating capital formation on both the debt and equity front in the economy, and wants to shed all the dogma as it charts its way ahead, Buch said.

To a query, she opined that SEBI is against regulating mutual fund distributors, and it is up to the asset management companies to ensure that their agents work fine. 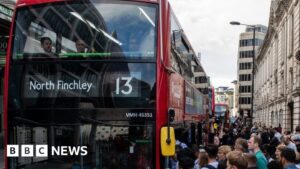 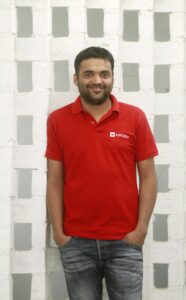 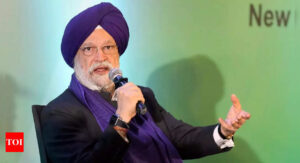