NEW DELHI: Launching a multi-agency crackdown on illegal loan apps, several of which have links with China, finance minister Nirmala Sitharaman has asked the Reserve Bank of India (RBI) to prepare a “whitelist”, with only the approved platforms to be permitted on app stores.
The regulator, which had come out with guidelines recently, has also been asked to monitor “rented” or “mule” accounts that may be used for money laundering and also review or cancel dormant NBFCs to avoid their misuse. Separately, RBI has been asked to ensure that registration of payment aggregators is completed within a specified timeframe and un-registered should be barred from conducting operations after that.

The move follows a spurt in complaints against loan apps,which were offering loans to consumers at very high rates, accessing their data on phone and threatening borrowers, with several cases of harassment and suicide being reported. Recent actions by the income tax department and the enforcement directorate have thrown up links with Chineseentities, many of whom were using dormant NBFC for lending purposes, and also remitting money illegally. Most of these apps were unregulated
Apart from RBI, the ministry of corporate affairs has also been asked to launch a fresh exercise to identify shell companies that may be used by theloan apps. In the past, the ministry has cancelled the registration of several such companies, which were also used for money laundering purposes.
“The finance minister expressed concern on increasing instances of illegal loan apps offering loans/micro credits, especially to vulnerable and low-income group people at exorbitantly high interest rates and processing/hidden charges, and predatory recovery practices involving blackmailing, criminal intimidation etc. Smt. Sitharaman also noted the possibility of money laundering, tax evasions, breach/privacy of data, and misuse of unregulated payment aggregators, shell companies, defunct NBFCs etc. for perpetrating such actions,” an official statement said.
Sitharaman has also asked government agencies and regulators to initiate steps to increase cyber awareness among customers, bank employees, law enforcement agencies and other stakeholders about these apps. 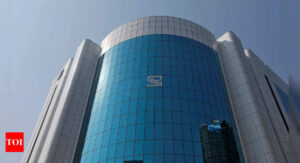